The leading cause of chronic disease in today’s society is inflammation. Inflammation can be a result of several lifestyle stressors, training stressors, dietary habits, or any combination of the three. With your body’s inflammatory response ready to react at any moment it’s important you manage to avoid becoming another statistic.

Thankfully, we have all kinds of lifestyle and dietary changes we can make to decrease inflammation in the body.

Fish Oils are the most common Omega-3 supplement and is continuing to grow in popularity – and for good reason.

As with anything else that becomes popular, there is seemingly an endless supply and variety of Fish Oil supplements available at every corner store. Just as you would suspect, in the sea of Fish Oil suppliers you will find some cheap low quality options and others that are third party tested that are worth the extra cash.

So how do you choose the right supplement for you to use?

Is adding Fish Oil worth the cost as a daily supplement?

What does it do anyway?

Omega-3 fatty acids are a type of fat found in foods and in the human body. The two long chain forms of Omega-3s are EPA (eicosapentaenoic acid) and DHA (docosahexaenoic acid), which are most commonly found in fish and shellfish.

ALA is another type of Omega-3 that can be found in plants like flaxseed and chia seed. While it is still an Omega-3, ALA is thought to be a less potent form of Omega-3 and does not provide the same health benefits as EPA and DHA. In fact, the body will convert small amounts of ALA into the more powerful EPA and DHA.

EPA and DHA have their own vital roles to play in the human body but both have been linked to fetal development, cardiovascular health, and cognitive health. DHA is the true big gun here as it is a key component of all cell membranes.

That being said, here’s the wondrous list of benefits of Omega-3s (fish oil) could provide you with:

As mentioned earlier in the article, omega-3 has strong anti-inflammatory properties. The anti-inflammatory role of omega-3s has been primarily studied with arthritis pain. When compared to ibuprofen, Omega-3s demonstrated “equivalent effect in reducing arthritic pain” suggesting that fish oil may be a safer alternative to NSAIDS and help reduce overall inflammation in the body.

While there isn’t exactly a direct link between fish oil and brain health, studies have shown that those who eat a diet low in omega-3s have a higher risk of alzheimer’s. Another study, found that eating fish 1-2x a week protects against cognitive decline.

Fish oil has also been found to improve brain activity and that may cause a stimulatory effect – although it’s not a stimulant. This has been more noticeably shown when taken consistently over time which is why we suggest it for individuals who have long work hours or need to be creative/thinking for extended periods of time.

Fish oil has been shown to have protective heart benefits by reducing inflammation and triglyceride levels. A study in particular showed that a high dose prescription of Omega-3s shaved off heart disease risk in already high risk patients. Not to say that fish oil can prevent all cardiovascular decline, but it is promising for those at risk for heart disease.

This one is kind of a stretch, there isn’t significant evidence to suggest this fully. However, Omega-3s keep cell membranes more “fluid” which allow brain cell membranes to transmit neurochemicals more easily throughout the body, ultimately helping brain development and preventing/slowing down neurodegenerative diseases. When muscle cell membranes are more fluid, it increases insulin sensitivity which makes the body more reactive to insulin as it regulates blood glucose levels.

So even though there isn’t a strong correlation with this one per say, there is evidence to suggest it and some solid rational to follow it up with.

I know, you’re surprised to see this – but hear me out.

One particular study said, “fish oil supplementation has been noted to be comparable to pharmaceutical drugs (fluoxetine) in majorly depressed persons, but this may be the only cohort that experiences a reduction of depression. There is insufficient evidence to support a reduction of depressive symptoms in persons with minor depression (ie. not diagnosed major depressive disorder).”

What’s all that mean? Basically, if someone suffers with clinical depression, this may be a healthier alternative as opposed to heavy pharmaceuticals. It doesn’t necessarily mean that average people with regular mood swings will be flung into a 24/7 world of happiness, but I think that if it correlates with a positive mood it’s worth it. Especially when paired with a healthy lifestyle change you’re much more likely to improve your mood and ease your stress/anxiety.

Supplementing DHA has been shown to be effective in reducing ADHD symptoms in children when supplemented.

The benefits of fish oil are also impactful even before the child is born. If you’ve looked at a prenatal supplement recently, they will most likely contain DHA/EPA. It’s smart to supplement Omega-3s during pregnancy because it helps with hormonal, neurological, and visual development for the baby as well as increasing the birth weight of the child.

Disclaimer: Fish Oils will not be the reason you achieve physical results. That is the result of proper nutritional strategies and a smart training program. (Both of which may be directly improved by supplementation of fish oil).

Now that we got that out of the way, fish oil can help both fat loss and building muscle – not simultaneously but it can help both indirectly.

“An increase in fat oxidation (percentage of energy being taken from fat tissue) has been noted with fish oil supplementation.”

This is it. The sentence that will get you ALL IN on fish oil. Slow down though, fish oil alone won’t lead to fat oxidation. Your body actually becomes trained to be better at fat oxidation and becomes better at burning more body fat when in a diet phase and training hard. Fish oils enhance the effects that comes with these phases so you can maximize results.

We’ve touched on it a few times so far in the other points but it’s significant enough to need it’s own point.

The info behind this one actually blew my mind.

This isn’t to say that Omega-6’s are bad because these are all necessary processes for our body; without them we wouldn’t heal from injuries or recover from our training sessions.

Having them in excess though will negatively impact your health and performance. The ideal Omega-6:Omega-3 ratio falls around 6:1. The current ratio among the general population in North America and western Europe is about 15:1 – which is 2.5 times GREATER than the recommended ratio.

This is partly a result of the highly processed food that is consumed on a daily basis on this side of the world. This is why intaking Omega-3 is important for any healthy individual.

How To Get More Omega-3s

I take my fish oils every morning, but it’s important to note:

This is NOT a magic pill that will solve all of your problems.

Before adding in a fish oil supplement take a step back and audit your current habits.

Do you eat a lot of fried foods?

I recommend looking at what you’re currently eating first and foremost to see what changes you can make before relying on a supplement to be the band-aid on a poor diet.

Here are a couple diet tips you can follow before reaching for fish oils:

The best way to increase EPA and DHA is through your diet. Foods high in Omega-3s include fish & shellfish, various nuts & seeds, and grass-fed beef.

If you’d like to up your fish intake I would suggest looking for sustainably sourced fish that is low in mercury. A general recommendation is aiming for 2 servings of fish per week with salmon and anchovies being your best option.

Adding Omega-3s will have a greater impact on your health when you also cut out foods high in Omega-6 fatty acids like soybeans, corn, sunflower, or safflower oils. This will help balance out that Omega-6 and Omega-3 ratio that we talked about earlier.

Finally, you can increase your Omega-3 intake with a fish oil or krill oil supplement. Most studies have suggested taking 2-4 grams combined EPA and DHA each day.

When choosing your supplement you want to choose one that is third party tested for purity and sustainability (i.e. Friend of The Sea, Marine Stewardship Council, and NSF International).

Some fish oil supplements can be high in filler oils and low in actual EPA and DHA (I know right? They have one job!). When looking at the nutrition label you want to have ~70% concentrate in the supplement. So if there’s 1g of fish oil with 700mg of combined EPA & DHA, you’re probably getting a solid product.

Some fish oil supplements we recommend are 1st Phorm, Puori, and Viva Naturals.

Additionally, here is the only krill oil product I would recommend also from Viva Naturals.

Fish oils are great and the benefits of them are plenty and clear. However, like I mentioned a few times throughout the article, it is not a replacement for a proper nutrition and training program. It is a SUPPLEMENT – something to ADD to a strong nutrition and training program. Fish oils alone will not solve your problems. Start with diet and lifestyle changes, getting adequate exercise, manage your inflammation, and keep your heart and brain healthy! 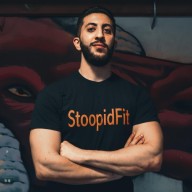